Npower Permanency News – The Npower Permanency Bill is the latest update spreading regarding the Npower organization, ever since the conclusion of its 2023 recruitment exercise. FG to permanent N-power, Read information below.

What you will get at the end of this article is the clarity of the Npower permanency bill to be passed by the government, when it will be put to law, how it will affect current beneficiaries and when it will start being effective.

Just like we had earlier informed our reader in this article that the tenure for this program is four years. The Npower had made it clear that the federal government is willing to offer this aid to the beneficiaries for just four years. 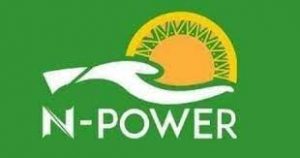 What is really going to happen to the Npower beneficiaries of the 2016/2017 employment session?

These and so many other questions are being asked by the beneficiaries of this program whose contracts are expiring later this year.

All information regarding the Npower permanency bill has been covered in this article to ensure that you do not leave this page with half-baked information.

From a recent press release which featured the Minister of Humanitarian Affairs, Mr. Umah Farouq, he made it clear that the federal government is making plans to take in all the Npower exited candidates who are qualified and fix them up in other federal jobs

In his exact words, he said;

“We have directed Focal Persons of National Social Investment Programmes in the states to submit an updated list of the exited N-Power beneficiaries that are interested in participating in the transition plans of the ministry.

Meanwhile, approval has been given for the payment of the outstanding stipends for the exited N-Power Batches A and B beneficiaries.

The approval for payments for up to the month of June, 2023 for the two Batches has already been forwarded to the office of the Accountant General of the Federation (AGF) for final checks and payments”

From the statement above, we can draw a conclusion in two things.

a. The payment of the Npower stipends has been approved to be sent to Batch A and B of the 2016 Npower recruits up until their June payments. It’s just a matter of time till it lands in their accounts

b. There are ongoing discussions to decide the fate of the Npower beneficiaries who have just exited the program.

Permanency Bill News For The Npower Batch A and B

The permanency bill will likely be passed into effect soon, but we are not sure if it will affect the Batch A and B recruits because time is already up, and they have exited the program already.

What we are sure of is that the Federal Government is making provision for them to be employed in good agencies with great working conditions.

This means that all the exited n-power workers will have permanent jobs or will receive grants or support to start a business of their own, depending on the category of the program you served in.

For more information, bookmark this page and always send your questions through mail on in the comment section to get an answer immediately.